Ep. 56 – The “Standing Meditation” Practice That Saved My Life – With Nate Rifkin 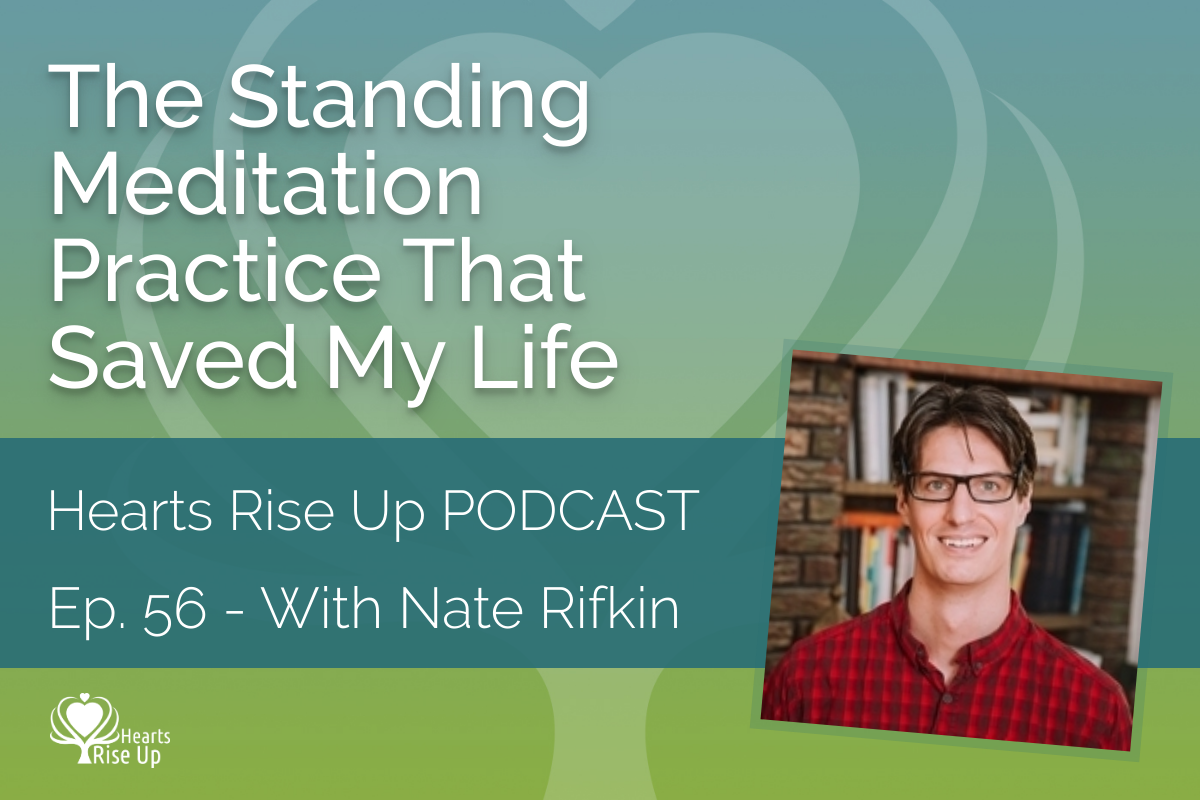 Join Carol in this interview with Nate Rifkin to learn how he saved his life and “transformed his mind from an enemy to an ally” through the ancient “Standing Meditation” practice. Nate recognized the dangerous situation he was in in his life. First, he reflected on how his early development had negatively influenced him and created self-destructive habits. Next, he realized that his old protective mechanisms were no longer working. Finally, after much outward seeking in the world of self-help practices, life pushed Nate inward to focus on a spiritual path. He turned his life around incrementally, starting with a 1-minute meditation practice.

Nate is an author and Daoist practitioner. In his book, The Standing Meditation, he shares his story. This #1 New Release in multiple categories on Amazon outlines his journey and “gives step-by-step directions for the Daoist meditation that saved his life.”

The Standing Meditation by Nate Rifkin

Hearts Rise Up is a Feedspot “Top Wisdom Podcast…2021.”