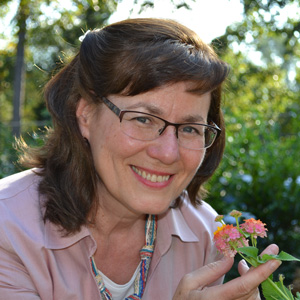 I am a combination of an optimist and a realist and it has taken most of my life so far to be okay with that. Throughout my life, I feel that I have been waiting for something to rise up in me and flourish. Now, as a seasoned adult, that time has come. As part of a community, I wish to have a voice and lend a hand. That is what brought me to Hearts Rise Up!

My story is not uncommon, but like all our paths it is unique because it is mine. As the first child and first grandchild on my father’s side, I was heartily welcomed into the world. Both of my parents worked and my widowed Grandmother took care of me in my early years during the week. She taught me German and introduced me to her culturally diverse neighborhood in the Bronx, NY. Those early influences imprinted upon me.

My family moved to Long Island and then a small town in Connecticut where we grew to four children and learned to live in the country. I was the oldest and in charge of my siblings at the age, I was able to babysit. It also had a strong influence on my life and still does today. When I was 13 my youngest brother was killed while riding his bicycle. It devastated our family. It was a time of many firsts. First time seeing my parents weep, first time feeling angry and not having anything to put that anger on, first time feeling truly helpless while the people I loved were hurting. It was also the first time I felt totally surrounded by a loving, comforting higher power.

I was enveloped in the arms of Christ at a moment which I know recognize as shock hit me. Many other outcomes developed over the years from this tragic event in our lives and, yes, it is true in my case, that I felt strengthened by the fire. It eventually led me down a path of exploring death and dying, meditation and grief studies. And through it all, I was considered and have always felt optimistic, not a Pollyanna, but in love with life!

As a Senior in High School, I fully intended to get a Masters Degree in Parapsychology from Duke, make a discovery about the power of the brain or be an archeologist and write books. Then perhaps get married in my early 30’s. Plans changed when my parents divorced. I went to college for a short time, met the love of my life and got married at 22.

What brought us together was music and meditation. Both of which surround our lives today. My career has always been service oriented and varied. Giving is my M.O. Receiving had to be learned. Looking back I see how optimism kept me in positions longer than may have been healthy financially, but I have very few regrets. One of my loves is learning and research. For many years I was immersed in this world as a bookstore manager. I also satisfied my hunger for knowledge by taking classes over a long span of time finally culminating in a Masters Degree.

Seeking knowledge brought me back around to the topic of death and dying and grief as I volunteered and then worked as Volunteer Coordinator for a hospice for over a decade. Now I’m heading back into the world of lifelong learning by working in the world of public libraries, writing, and diving into technologies that will raise me up into the digital domain of communication. Inquisitive and pragmatic – the world of duality – that is my world. Balanced.

We can live in the present and learn to pull ourselves up by what we do, think, feel, read, listen to, say and believe. I believe we have the power to do that and together with others our power grows. Do something today that will cause your heart to rise up!